Bulgaria’s only nuclear power plant switched one of its two reactors back on, hours after a generator malfunction triggered its shutdown, the operator said Thursday.

The 1,000-megawatt unit at the Kozloduy plant was reconnected to the power grid late Wednesday, the operator said in a statement.

No radiation was leaked when the emergency protection system shut the unit early Wednesday after a malfunction in the excitation system of the generator increased voltage.

The operator said that it replaced the defective excitation system element and carried out the necessary checks, and that power output is now being “gradually increased.”

The incident came less than a month after the reactor, located on the Danube River in northwest Bulgaria, was switched off for scheduled maintenance and refuelling.

The power plant generates about a third of Bulgaria’s electricity.

Four smaller units at the plant were shut down in 2002 and 2006 over safety concerns to meet the European Union’s conditions for membership. 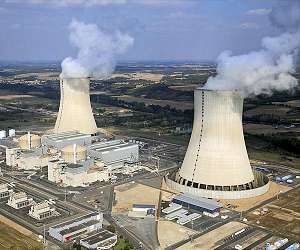 
In a constantly evolving world, rapidly growing populations coupled with urbanization and industrialization are leading to an ever-increasing demand for energy. The challenge today lies in meeting these energy requirements while keeping global warming in check-a condition which fossil fuels do not fulfil. In an effort to mitigate the environmental degradation and natural resource depletion linked to the usage of fossil fuels, nuclear power is being promoted as an alternative source of energy.